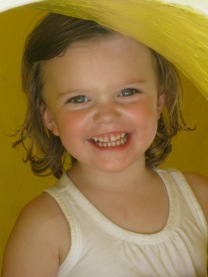 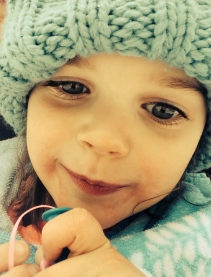 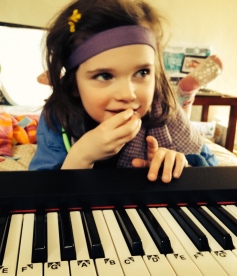 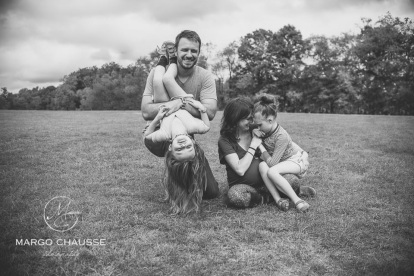 Your donation is a gift that will contribute to the ongoing therapeutic, medical, educational and adaptive care of Ada Grashow who is living with Phelan-McDermid Syndrome.

To DONATE to our Mermaid Fund PLEASE click these colorful words:).

Thank you for helping Ada SHINE!

Make a SPLASH and help save our MERMAID: DONATE to Ada’s Mermaid Fund here

Ada lost access to water therapy in Spring of 2019, causing a drastic domino effect of deterioration in all aspects of Ada’s life.  Please join our growing village of love to help build Ada the in home small therapeutic aquatic facility to keep her as strong as possible to keep fighting the challenges of Phelan-McDermid Syndrome.

Wilhelmina (Ada’s 9 year old sister) explained in response to Ada’s loss of skills, “Turns out my fairy is also a mermaid.  Ada is more than one thing. Just like we ALL are.”

On the eve of Ada’s birth, I felt the need to be in water.  Throughout her pregnancy I had been drawn to water births and as she was about to join us Earthside we listened to her as I stayed in a constant flow of water.  I will never be able to explain it as it was a force I did not experience with my other two births. I know now that this was the first time Ada clearly and very effectively found some sort of universal way to communicate and guide us.  Ada has always been our mermaid, even before Wilhelmina proclaimed her as our fairy, and as time goes by she has consistently shown such joy and peace in water.  At the first school we started, every time I set up the water table during our summer session, Ada climbed up into the table and submerged herself in the water while the other kids stood and played.

Over the years as Ada’s functionality has decreased and she has become more fragile in many ways, we find hope in the fact that water has ALWAYS proven to be therapeutic for her medical needs (reflux, constipation, motor planning, cognitive skills, muscle tone and strength, and proprioceptive and sensory sensitivities) as well as something that seems to nourish her soul.  She tends to sing a TON while in the water and it’s also when we see her smile the most.  Water provides the opportunity for Ada to just be a kid and PLAY WITH her sisters and friends WHILE getting the vital care and upkeep she desperately needs.

Why can’t Ada just go to an outdoor pool?

Ada is not able to sweat so she gets overheated very easily which causes her to faint and could also lead to seizures (which is common for people with Phelan-McDermid Syndrome).  SHADE is our best friend!  We haven’t been able to find an outdoor pool that is in the shade.  Ada has vision issues and is very sensitive to the sunlight in that respect as well.  This combination of sensitivities sends Ada into almost like a “skipping CD” mode (I’m showing my age!) in which she starts to pace, becomes stressed and acts like she needs to escape. Also an indoor pool setting would provide full year use which is necessary for consistent exercise necessary to fight her hypotonia and atrophy.  We know what it is like for Ada to lose the ability to walk and even sit up…we want to be as proactive as possible to ensure that she remains as functional as possible for as much of her life as possible.

Therapy pool temperatures range from 89-94.  Click this link to read further about the extensive medical benefits this provides for Ada: https://guidedoc.com/aquatic-therapy-benefits

Why can’t we travel to an already existing therapy pool in our area?

Ada used to get water therapy through physical and occupational therapies covered by insurance. However, the medical model of insurance says that if a patient isn’t “progressing fast enough” than that therapy must not be working and they no longer cover it.  Phelan-McDermid Syndrome makes it so that maintaining functionality is our version of success most of the time.  If progress IS made, that is an added bonus. It is NOT due to a lack of hard work on Ada’s part…it’s just the reality of her abilities scientifically.

We also used to go to a Elderly Residence but the management decided to no longer welcome non residents.

We are welcome at a wonderful place that is a 40 minute drive from our home which is logistically tricky because we can not go unless Ada has had a bowel movement already that day and often she doesn’t go in time to line up with their open swim schedule.  More often than not this becomes a Catch 22 situation in which Ada misses the opportunity to get a pool session in and then becomes even more constipated which then makes her reflux worse…it’s a fast and unpleasant domino effect that is really heartbreaking to see your child suffer through.  This lack of consistency and frequency simply leaves her in the dust of getting what we know she clearly needs.

After years of trying to make various possibilities work, we are now at a pivotal moment in which we have the chance to create something truly special.  We are so touched by the manner in which people have popped out of the woodwork and rallied around us throughout Ada’s journey so far.  We are excited for this new chapter and are thankful to all who will join us in making consistent water therapy here at home for Ada possible! We look forward to sharing more specific details in the coming months and please help share our story far and wide.  xoxoxo

Much Love, The Grashow Family

When Ada was little we went to plays, museums, restaurants…we were out and about a lot and loved it. As Ada’s needs change this aspect of our lives has also changed quite a bit. Logistical and sensory issues really make most outings quite tricky and sometimes just simply not enjoyable. So we try to create an oasis for Ada here at home and school to ensure that her comfortable spaces are challenging and full of richness. As we find ways to balance her sisters outings we again rely on our support staff to make scheduling possible. And relying on friends visiting and entering into Ada’s world in a gentle way unifies us as well.
Willa will start a new school next year so today was her transition visit…it was fantastic as was our fun outing afterwards. As Willa & Oona age and grow their worlds will get bigger in ways that Ada’s will not. But that’s why we will continue to cherish the depthful grounding, sense of calm and appreciation for genuine connection she creates. And we will facilitate each definition of happiness and fulfillment and respect the beauty in each.

Chewing/mouthing are common with Phelan-McDermid and hair is a close and easy thing to grab and get in so we always need to be careful to have Ada’s hair out of her face. I often get a headache from ponytails so always having Ada’s hair tied up worries me that it maybe causing her discomfort. So today I decided to just start chopping!
Ada also really has a difficult time with the process of brushing/combing/fixing her hair so moving towards lower maintenance is always a good thing.
This photo isn’t great and I trimmed a bit more after I took this but I think she looks so grown up! The best part was is that it really seemed like she was looking at herself in her mirrors …checking out her new do! She expressed happiness with what she saw;)

At Ada’s school, children show they are present for the day by taking their photo card from the cubbies and placing it on the magnet wall. This week Ada grabbed her photo card all by herself and walked right across the room and placed it very close to the magnet wall! She’s working so hard at school and flourishing among friends.

So many fams with Phelan-McDermid face this constant balancing act to create/find a consistent place to belong that is a respectful, stimulating, safe and empowering setting considering the layers of challenges.  Another huge challenge is how fragile her body is and how hard she gets hit by germs.  If Ada has to go on an antibiotic is takes her body at least a few months to recover.  Regressions are common when she’s sick which can feel demoralizing as she works tooth and nail for every gain.  Within a group school setting we must be on high alert to prevent germ spreading as much as possible which is super tricky with little munchkins but like with everything, we just do the best we can:)

In this photo below Ada was out exploring the yard for the first time this spring with her schoolmates.

I met the Carter’s when I first became a mom. Elizabeth’s youngest, Margret was the same age as my only at the time, Ada! I joined a moms group and while I often felt like I couldn’t relate to many of the mom convos, Elizabeth and I connected. Ada adored her girls and I loved how she acted like they were her pretend siblings;))) I have wonderful memories if baby Ada listening intently as Laura read to her long books…while the other babies zoomed and toddled around Ada was a very attentive and cuddly audience for big sis Laura;).
As the years go on and everybody gets so busy sometimes 6 months go by before texting or visiting or touching base BUT without fail we always pick right back up where we left off. With such an ease of deep friendship, these people show absolutely no hesitation in their comfort level with how to connect with Ada. Which means a ton because a lot of kids need prompting. During their visit they all stayed with Ada…if Ada left the room they went with her, Ada and Margret and Laura walked hand in hand, they held her up when she leaned on them with all her weight from a standing position, they did a musical performance and they just spent time simply enjoying each other’s company.
Since they met as babies Margret and Ada in many ways have developed very differently BUT their hearts remain on a united path.